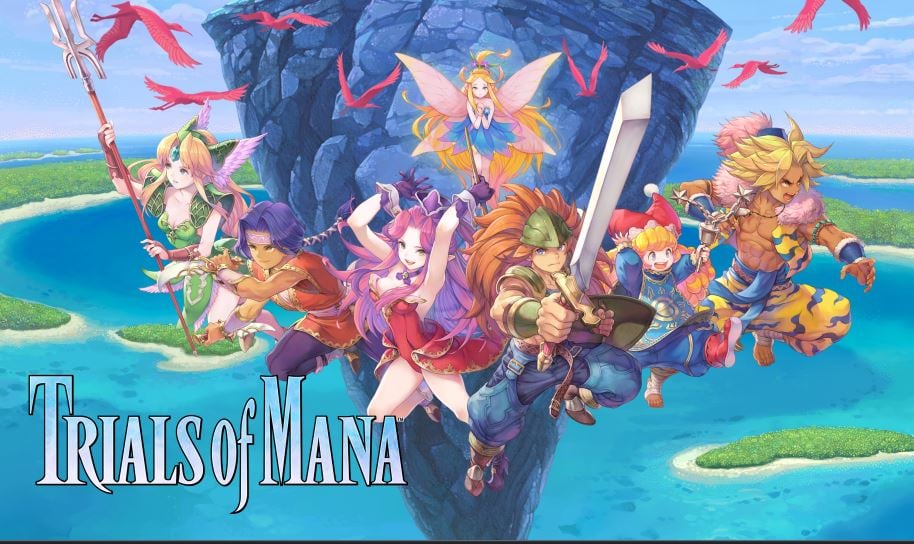 Trials of Mana: Remake Better than the Original?

The most hotly anticipated remake of the year was definitely Final Fantasy VII Remake and for good reason; the original game was a legend that revitalized the JRPG space. Square Enix, however, wasn’t done just yet as another remake was released shortly after: Trials of Mana. Based on the 1995 Super Nintendo title Seiken Densetsu 3, this remake is a full 3D reimagining which never saw a proper Western release until last year with the Collection of Trials of Mana on Switch. Now, 25 years later, the game has returned with a whole slew of changes that bring into the modern gaming era.

Right off the bat, the most obvious change is the graphics which are absolutely stunning. Though a far cry different from their 2D sprite counterparts in the original, the aesthetic and style of the Trials of Mana remake retain the same feel that the classic Mana art style was known and loved for.

With the game being rendered in full 3D comes also the ability to rotate the camera which makes a whole world of difference. The vast open spaces of the game’s map were only implied to be sprawling. Here, we get to experience the Mana world in all its glory with the ability to see beyond the corridor-like path of the original. Unfortunately, this doesn’t mean you can get truly lost in exploration because of waypoint markers. Nevertheless, rotating cameras breathe more life into the game.

The Trials of Mana remake comes with another modern gaming staple: near fully voice acted in-game engine cutscenes. We say “near” because not every single line of dialogue has been given the same treatment. Thanks to a wider range of camera angles, though, and more animations, the characters are given a whole new dimension thanks to their well-acted voiced lines.

The non-voiced parts don’t feel out of place as they feel key to retaining the original’s dialogue style which was more story-bookish.

One of this remake’s crowning achievements has to be its combat system. A fully reimagined concept compared to the original, the Trials of Mana remakes combat takes a cue from other games, such as Dawn of Mana, to bring a combat system that is faster paced that adds a layer of excitement to the game’s dungeon-crawling moments. Gone are the long cooldowns, making fights feel more akin to those of a Kingdom Hearts game. Jumping mechanics add a strategical element, especially when it comes to airborne enemies which must be grounded first before taken out.

This new direction towards action-based combat doesn’t mean that the original game’s strategic aspects are lost. Button mashing won’t get you far here. Positioning is quite key to avoiding damage as well as attacking weak points.

Overall, the changes to Trials of Mana brought on by this superb remake not only make the game more palatable to newer audiences but also make it feel like a new experience that retains the charm of the original.