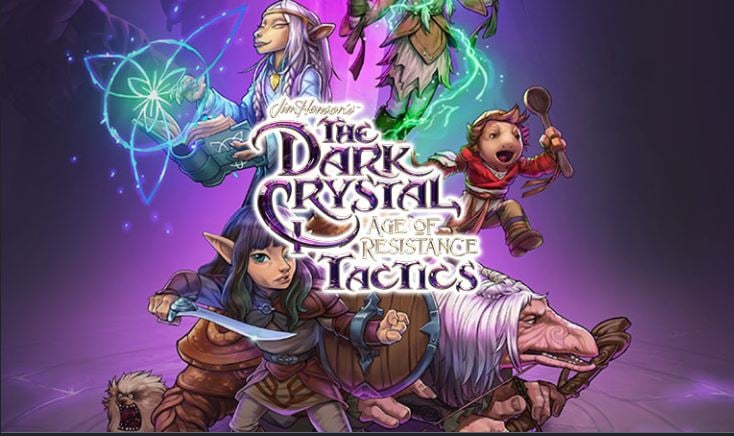 Like the television show and the movie, The Dark Crystal: Age of Resistance Tactics takes place in a fantastical whimsical world that gives the player little explanation before you get thrown in. The game is a turn-based strategy game where you play the role of the leader of a resistance army going up against their oppressive overlords. The role-playing gets quite in-depth, allowing you to choose jobs, weapons, items, and special abilities. Resistance Tactics is set in the same world as Dark Crystal, although is a prequel to the events of the original movie. It gets a moderate 6.8/10 for user reviews on Metacritic.

Tactics play reasonable homage to the look and feel of the show, even if you never quite get the feeling of the use of puppetry that is the show’s true brilliance. If you are a Dark Crystal fan you won’t feel disrespected by this element at least. The nature of the characters involved lends themselves to some interesting tactical maneuvers, as you play a physically weaker side up against far stronger opponents. There is a certain degree of satisfaction in managing your turns and placements to achieve success as the underdog, and this game does deliver. It is also relatively cheap and easy to jump into, so it is a good introduction to this type of game – although you’d struggle to come up with a reason to play this over the games that inspired it.

The not so good

The real problem with The Dark Crystal: Age of Resistance Tactics is it just doesn’t feel like anything new or special. It is effectively a clone of Final Fantasy Tactics and similar games, with a similar old-fashioned feel, set in a predefined, if still confusing, world. It doesn’t add anything new or innovative to the genre. The lack of creativity is evident in the game progression, as it follows the plot of the television show almost too faithfully, removing any potential for a surprise or separate progression. These flaws could be forgiven if the gameplay was better, but it doesn’t quite hit the mark in a few key ways. For example, you need to do a lot of grinding and battles just to maintain character levels or get the most useful tools, which feels quite distracting and unnecessary. The interface is clunky and moving your character anywhere requires a mass of menu options that makes it much more appealing to just standstill.

If you do give this game a try, make sure to see the television show first, as the gameplay contains plenty of spoilers, and be prepared for a fairly light and at times very frustrating experience. Or, skip it entirely, and just enjoy the show for what it is.