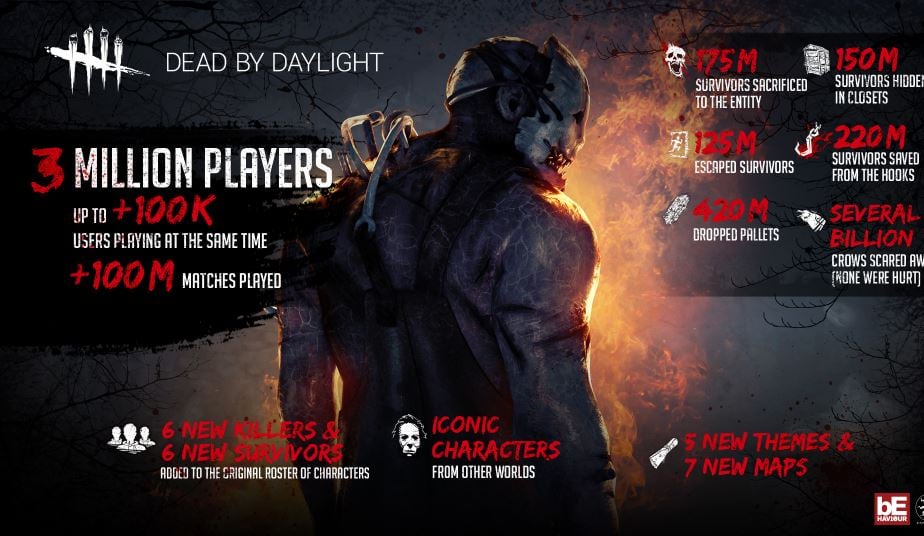 One of the most fun aspects of Dead by Daylight is when you get to play as the Killer in its asymmetrical 4-vs-1 gameplay style. Chances are, however, that you’ll be playing as a Survivor most of the time, which can be just as fun, albeit quite challenging at times.

Survivors don’t have powerful abilities that can blow up the Killer so it takes relying on your skill, cunning, and wits to make it through a match. So, fear not. We’ve got some tips to help you be the best Survivor you can be.

Patience is a virtue

When beginning a game, a lot of Survivors will rush to repair a generator as quickly as possible. This is an obvious move that can be anticipated quite easily by a lot of seasoned Dead by Daylight players.

Instead of hitting up a generator to repair it, the best thing to do is to hide out near the generator and wait. If the Killer arrives and can’t find you, they’ll likely leave to inspect another one, allowing you to go for an easy repair.

Survivors find their strength in their numbers but that isn’t always going to be the boon you would expect. If someone has been hooked and you see another Survivor rushing to save them, it’s best not to follow them and head for a generator instead.

Killers in Dead by Daylight can easily take out multiple Survivors in one go so grouping up to save a hooked teammate can result in a quick loss.

It seems to be all too common for players to walk around with low health bars for long periods of time. It’s important, when heavily damaged, to prioritize yourself rather than head for generators or hooked teammates. On the flip side, if you see a fellow Survivor is low as well, be a dear and throw them a heal. Uptime in Dead by Daylight is important and even though Killers do deliver heavy damage, having that extra health can mean the difference between winning or dying.

Remember when we said Survivor’s strength is in their numbers? Well, this is where they show their true might. One of the best ways to play as a Survivor is to do the old “bait and switch”. If you see a Killer is heading for one of your hidden comrades, try rushing past them to attract their attention. Yes, that will mean the brute is going to come after you but that will mean your teammate has bought time to repair a generator or heal.

On the other hand, if your team has managed to bait the Killer, don’t try to save them in return. It might sound selfish to abandon them to heal yourself or take a generator but what you’re doing in fact is not letting their sacrifice go to waste. Surviving in Dead by Daylight is a team effort, after all.